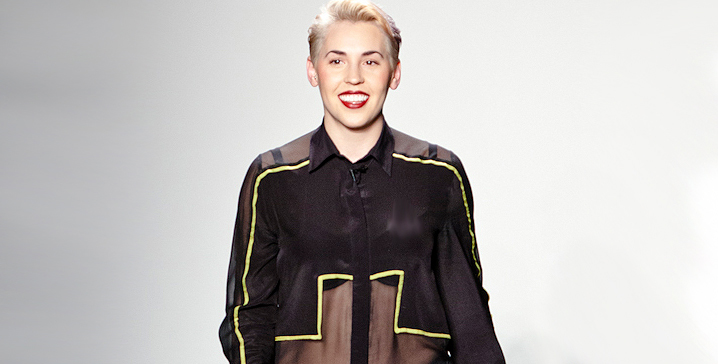 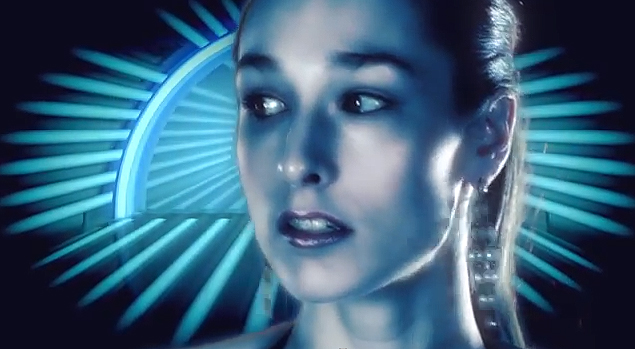 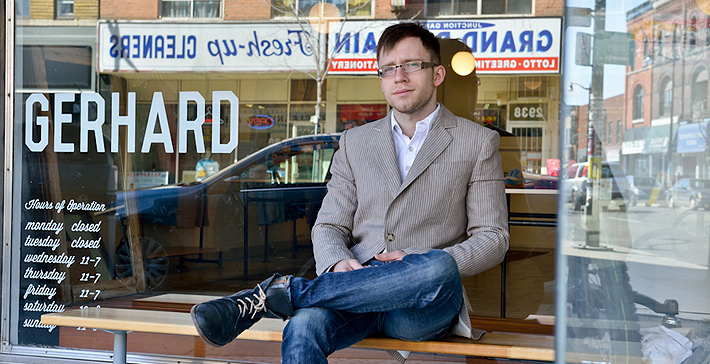 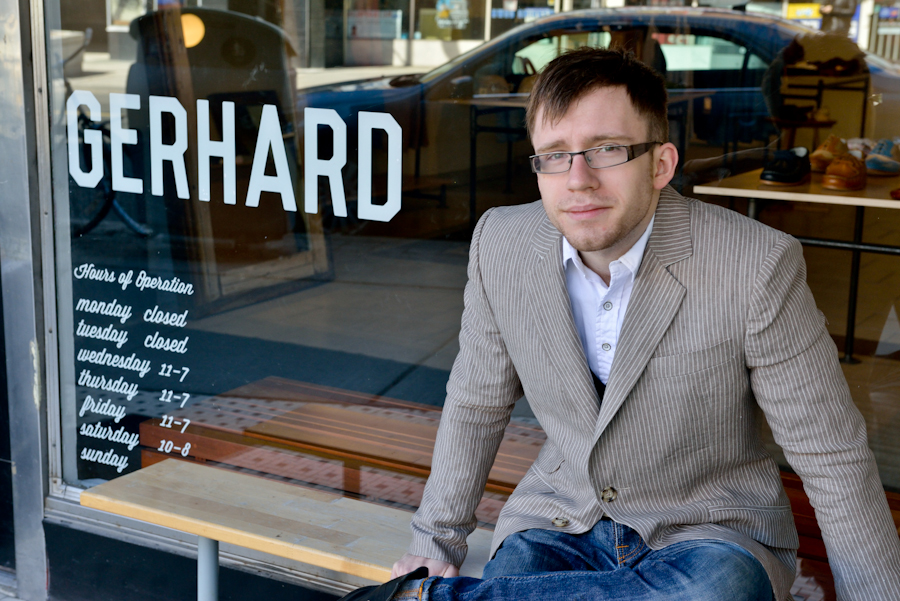 Though trendy Torontonians have always enjoyed a reputation as being relatively fashion-forward and label-conscious, there has been a broader, fairly recent upsurge in style awareness among young men, a trend that has definitively hit the streets of Toronto. The growing interest in designer menswear was noted in a recent New York Times Style Magazine article by Guy Trebay: “You might, of course, suppose the phenomenon to be New York specific, or limited to the coasts. But a survey of the landscape suggests we may have entered an age of sartorial advancement.”

For Willms, the retail realm is his lifeblood. “It’s kind of the only thing I’ve ever done,” he admits. Since being a shipper-receiver at Banana Republic at the age of 16, followed by his work in merchandising and store development at Aritzia, Willms nurtured an ambition to open a shop that would sell menswear produced solely in his home country. As a staunch supporter of “Made in Canada,” the retailer says he has always sought out domestic labels for his own clothing: “The way I see it, if you live here, it should be the norm.” 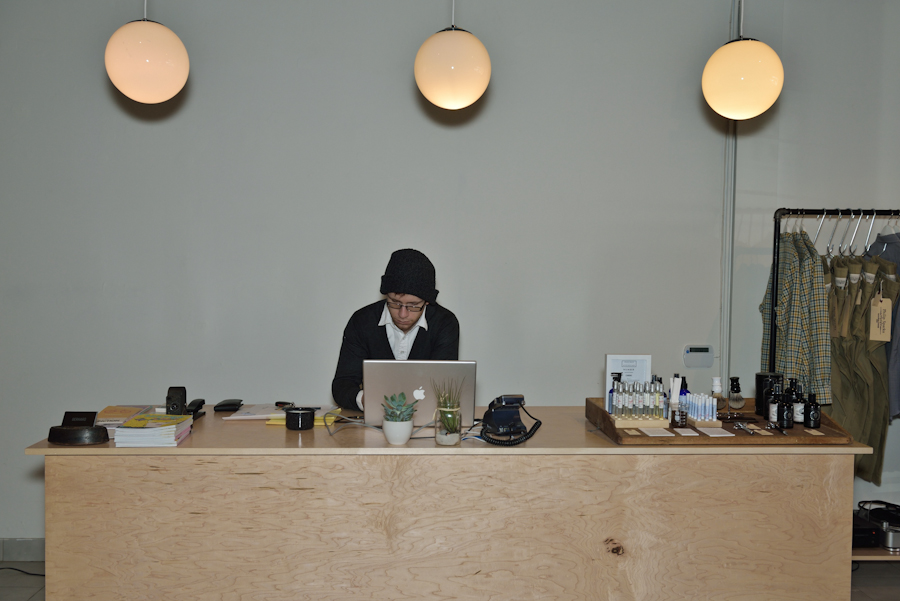 Willms both owns and operates the store.

When planning his venture, the Junction-area shop owner discovered that the most receptive to his patriotic idea were a handful of small Toronto-based vendors. Through word-of-mouth, he discovered the scope of talent present in the city, including many designer-producers who were keen on working with an upstart company.

Hoping to change perceptions of clothing produced in Toronto, he notes how people often conjure the image of quaint craft fairs or the One of a Kind Show. “My goal is to have Toronto manufacturing become synonymous with quality and fashion,” he says.

With Gerhard being Willms’ own middle name, all goods must adhere to the owner’s three pillars: quality, style and community. Adding his personal touch by meeting directly with all designers and referring to them on a first-name basis, Willms considers each item with care before buying: “It’s very important to me that I’m going to try on a piece and test the quality, to make sure it is the best-in-class garment to display in my store and represent the ‘made in Toronto’ idea.”

Within his 1,000-square-feet, clean-lined, minimalist shop, Willms is currently stocking a “heavy selection” from nine local lines, including Muttonhead Collective, Outclass, NOZO and Philip Sparks. Some of the fresh prepster designs of Philip Sparks can also be found at Holt Renfrew, but Gerhard Supply carries exclusive fabrics hand-picked by Sparks and Willms. Rounding out the roster for fall/winter 2013 are collections from 18 Waits and OSC Cross. 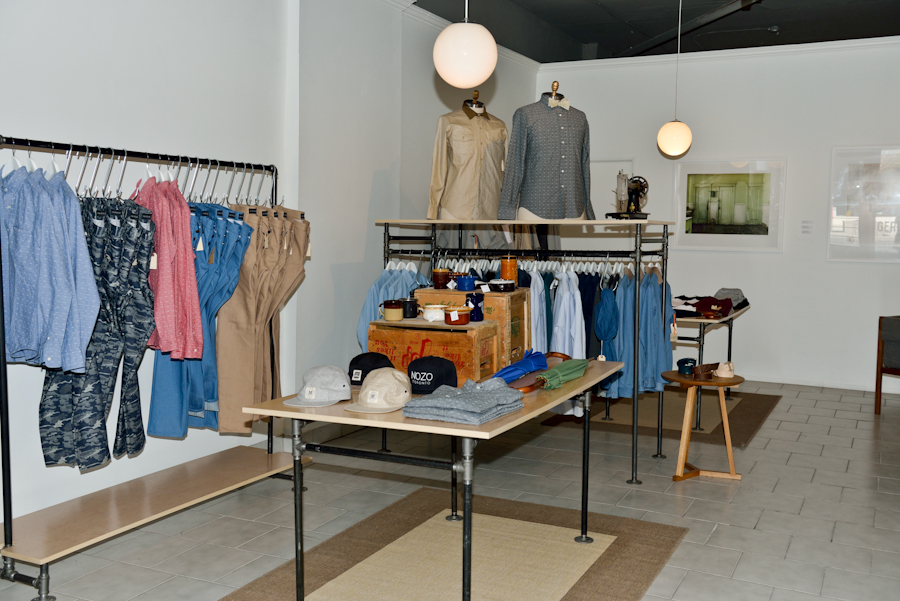 Gerhard is a new addition to the Junction neighbourhood in Toronto.

Though his shop stands alone as a men’s clothing store, Willms sees its Junction neighbourhood becoming a hot strip, with existing design stores lining the streets of the gentrified west-end community. “There’s that cool antique drag that’s building up here, which is such a unique market,” he says. Since its opening in March 2013, Gerhard Supply has already attracted Junction locals, neighbours from Roncesvalles and Ossington, and east enders making the trek from Leslieville and Cabbagetown.

The boutique’s accessory offerings include bestselling bow ties from Bay Cooper and rain gear from Vancouver-based Umbrella Shop. Gerhard also carries colognes and organic skin care products by Provence Apothecary. Among the minority of imported items are combs from Kent, an esteemed British company and shaving supplies from German Merkur by DOVO for the well-groomed gentleman.