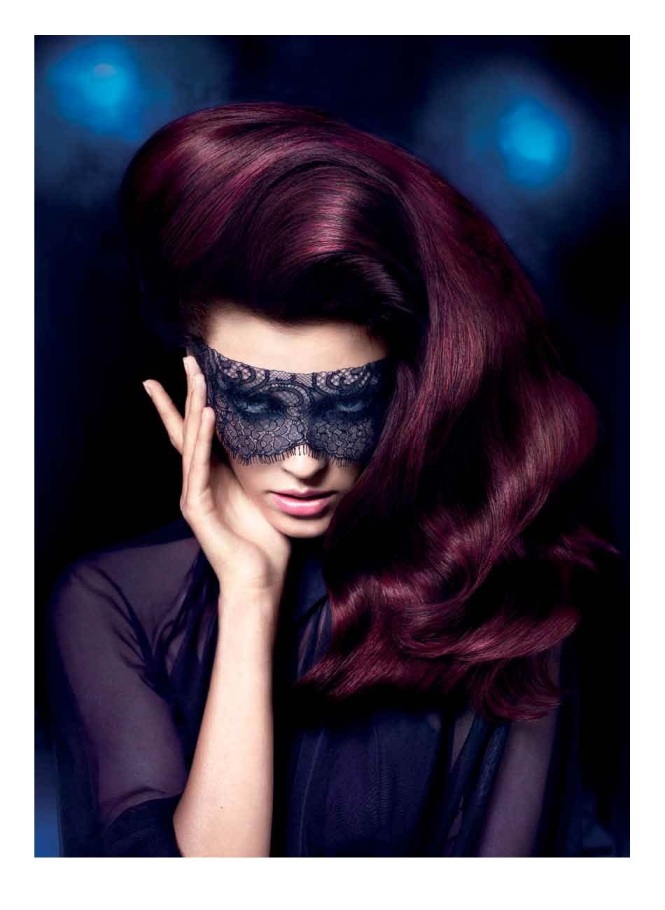 By Jill Adams Photography by Aleyah Solomon Like many young girls, Masha Ruginets played with Barbie dolls as a child. However, she ... 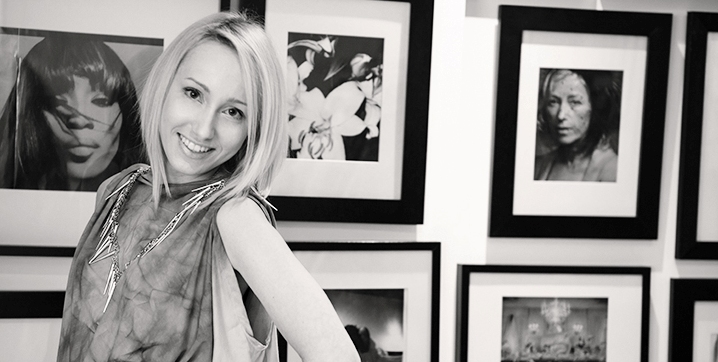 Like many young girls, Masha Ruginets played with Barbie dolls as a child. However, she didn’t imagine Barbie’s shopping adventures or the cake she would bake — instead, Ruginets devoted herself to always dressing the dolls in new outfits. She says her love of fashion grew from there. 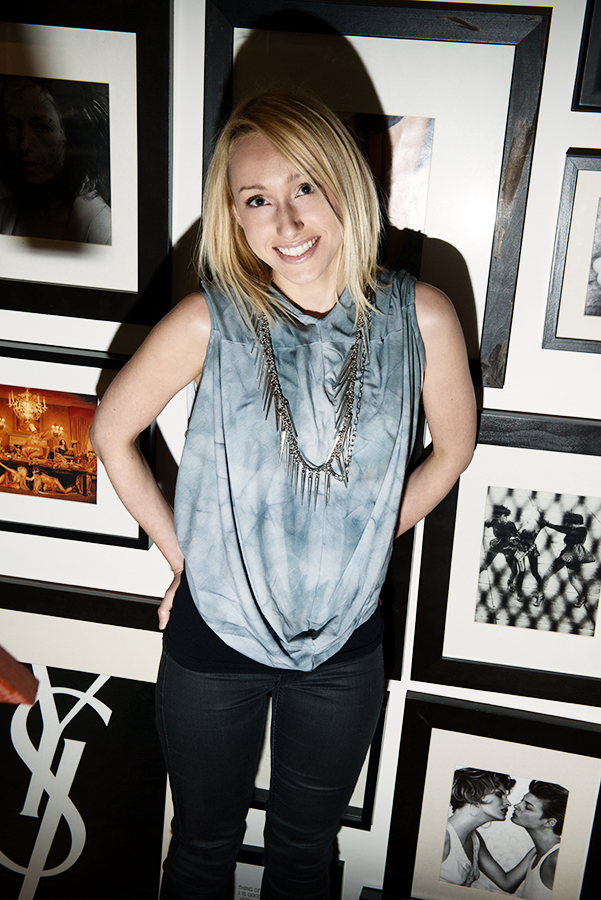 Ruginets, whose latest collection was presented at |FAT| Arts & Fashion Week 2013, is the designer behind Masha, a ready-to-wear label infused with avant-garde techniques. She established the womenswear line, which is sold primarily through her online boutique, after returning to Toronto from New York in 2012.

“I think of fashion as art, not just as everyday clothing,” says Ruginets, adding that she is inherently fascinated by bringing the two together.

After receiving a BA of Commerce from the University of Toronto, Ruginets worked as a financial analyst for a few years before reconsidering her career path. With some uncertainty about what she might pursue, she applied to Parsons The New School for Design on a whim.

“I got in and that was basically a sign that I needed to go to fashion school,” she says.

In 2011, Ruginets was off to New York, where she would experience a life in one of the world’s fashion mega hubs.

“It was amazing to study there and be in the middle of fashion all the time,” she remembers. “I would leave class during fashion week and there would be fashion shows just down the street.” 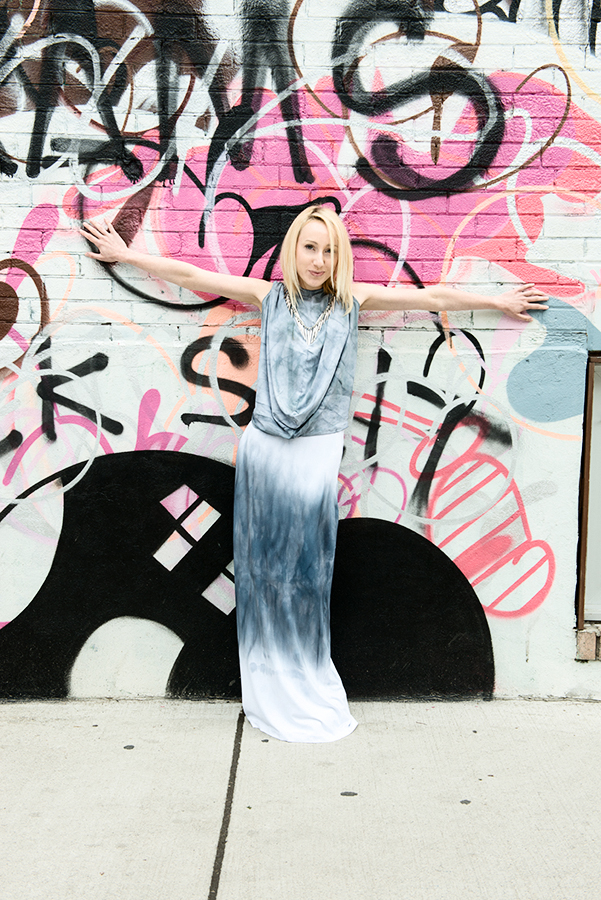 Ruginets greatly enjoyed studying in New York City, but is now based in Toronto where she also runs her fashion business.

In school, Ruginets focused on avant-garde techniques and the role that experimental fashion will play in the future. Her studies also centred on fashion history and combining the old with the future to create something that is wearable today — she continues to translate these concepts into her current designs.

Despite abandoning a career in finance, Ruginets finds that she often uses the analytical approach and problem-solving skills from that career during the design phase.

“I love creating things,” she adds, explaining that her creativity stems from being able to translate inspiration into a garment that someone can actually wear. “It’s like a spark that happens; you just wake up and you’re like: ‘I got it!’” 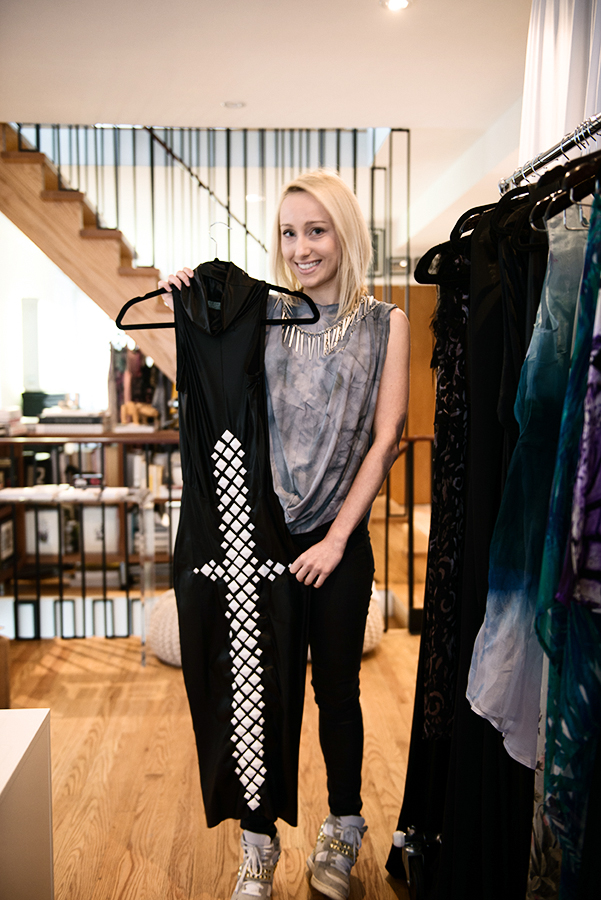 Currently, she is in the early stages of gathering ideas for her spring-summer 2014 collection. Her fall-winter line, which is also available at Stylist Box in Toronto, was inspired by the heavy black garments worn by Russian orthodox priests.

“I like to wear fun stuff; I don’t think fashion has to be taken too seriously,” says the designer, who describes her personal style as “kind of wacky.”

“It should be really fun for everyone,” she says.

Ruginets makes most of her own clothing, often while making samples for her label, to ensure the art is wearable. To her, the design process is all-consuming, not only as a job, but also as a hobby. She devotes much time to studying fashion history books, researching upcoming trends and playing around with fabrics and new silhouettes. And when she gets the chance, she tries to squeeze in a trip to the gym as well.

Just as she looks to the future for inspiration in design, Ruginets has never looked back on a decision to change careers.

“No matter what the future holds, I think it’s more important to pursue your dreams,” she says. “Even if that means giving up a great career and wandering into the unknown.”

A photoshoot with Masha Ruginets