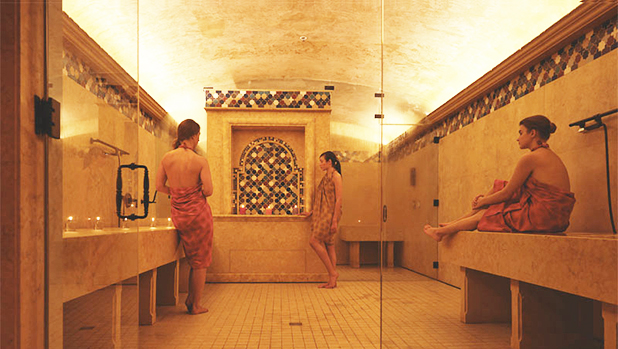 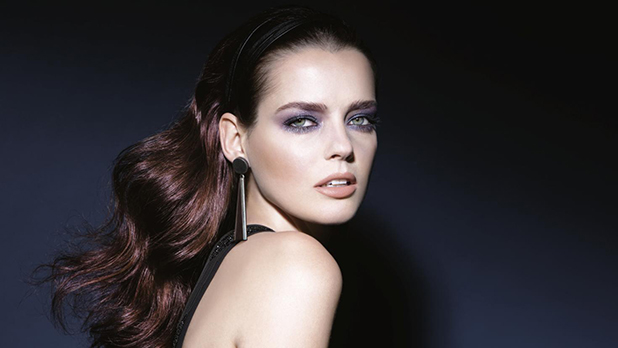 ‘Have you ever thought of riding your bike to the most important meeting of the year and then straight to ... 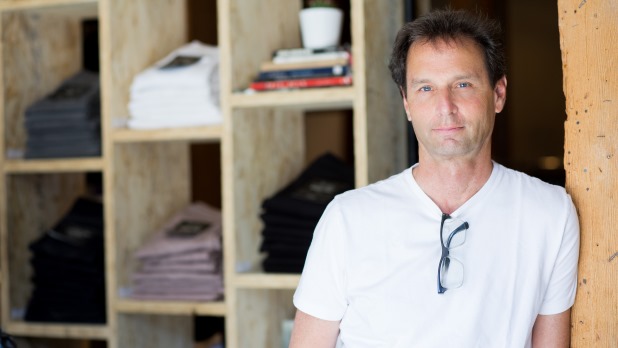 ‘Have you ever thought of riding your bike to the most important meeting of the year and then straight to dinner, without changing your clothes?’ is written playfully on a blackboard in coloured chalk. It is the first thing I see when I arrive at the dish and DU/ER denim pop-up shop in Vancouver. Denim is displayed along red brick walls and folded inside of a wooden shelving unit that runs from the ceiling to the floor.

Behind this shelving unit the dish team is working in close quarters and has divided up the remaining space into sections — Vancouver-born founder, Gary Lenett names off distribution, design and marketing as he gives me a tour.

In 2001, Lenett launched dish as a trend-driven fashion line for women. But three years ago, after more than a decade of designing and many cycles of trends, he began to lose his passion. One wash being slightly more blue than the last or the rise being a quarter-of-an-inch higher no longer excited him. Lenett even took his line off the market with plans of leaving the industry completely.

As someone who relies on his bike for day-to-day transportation, he felt it was difficult to find something he could wear both cycling to work and throughout the work day. This is where his new inspiration was born. Lenett and a friend, who specializes in performance technology, agreed to find a solution to this problem. Joining the growing athleisure movement, they began infusing denim with sportswear qualities. 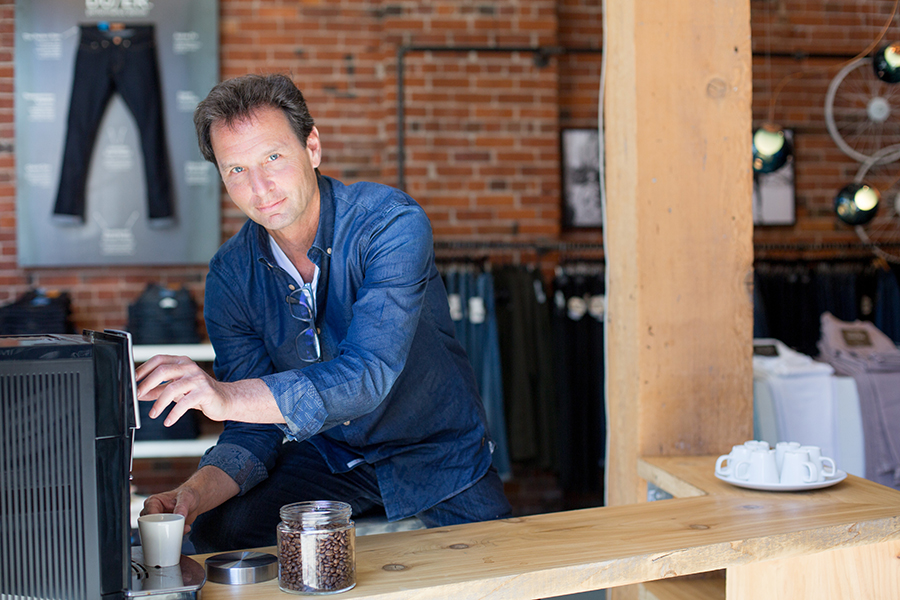 Gary Lenett poses at the dish pop-up shop in Vancouver.

“We re-invented the brand as performance denim and dish became dish 2.0,” says Lenett. He explains that the outdoor Vancouver lifestyle served as an important element in this work — as they aimed to create ”denim suitable for work, pleasure and everything in between.”

dish uses two unique fabrics that result in stretchy, comfortable jeans with moisture management, temperature control and anti-bacterial properties. Ultimately, they feel as if you’re wearing sweatpants, but look like jeans. They can take you from a casual workplace to yoga, or on a hike and then out to a restaurant.
“As fabric technology advances, people shouldn’t have to change their clothes as they go through their day,” says Lenett. “Clothes should adapt to what we do.”

The history behind dish

Lenett’s father was a denim supplier, one of his grandfathers was a tailor and the other owned a retail store. But before joining his brother to run their father’s company, the designer spent five years practising law. Soon after joining the denim trade, Lenett decided to pursue his own denim label which focuses on designing and manufacturing denim for other retailers.

Throughout his career, Lenett has designed and manufactured denim for Levi Strauss, Nordstrom, Lee Wrangler, Gap, Banana Republic, Ralph Lauren, Nike, Guess Jeans, American Eagle and Harley Davidson, among others. He says that working with esteemed global companies taught him professionalism and the essence of a true brand.

Even though Lenett is now driven by solving problems with his designs rather than following trends, dish still offers all the fits you would find in a fashion line, including skinny, relaxed skinny, straight leg, boyfriend denim and overalls.

The first problem he set out to conquer was designing denim that active people could wear throughout the day regardless of their activities. He also created a black denim called Forever Black, which is guaranteed not to fade for up to 25 washes and is inspired by those whose work uniforms include black pants. It was recently brought to his attention that many motorcyclists have trouble finding fashionable options that are both road-safe and suitable for a date — he says that maybe he will take this challenge on next.

Lenett is eager to talk about his lines, and the features and fabrics used in each. “Can I show you while we’re talking?” he asks, as he circles the store collecting a few pairs of denim.

He begins with the women’s line, and is holding a dark wash pair of their L2x denim (leisure to extreme), made from a temperature-control fabric that uses Cool Max polyester to keep you cool on a hot day and warmer on a cool day. The fabric is moisture-wicking, very stretchy and holds its shape over time. The second pair he pulls out is from the n2x line (nature to extreme). Lenett’s eyes light up as he begins explaining the composition of the material.

“It is the perfect fabric — cotton gives it breathability, Tencel makes it soft and moisture-wicking, polyester gives it strength, and Lycra gives it stretch,” he says. Both fabrics produce soft light weight, stretchy denim.

After seven years, Lenett is finally seeing a slight movement away from skinny jeans and momentum towards relaxed skinnies, straight leg and boyfriend denim.

When I bring up his men’s line, DU/ER, he gets even more excited. He explains that the fabric and technology used are the same as the women’s lines, but that these are more revolutionary for men because women are used to stretch and traditionally men’s denim is 100% cotton, making it quite stiff.

All of the men’s styles also feature a gusset — a triangular piece of fabric inserted in a seam to reduce stress — along the inseam, making them virtually indestructible. Lenett boasts that he has hiked the Grouse Grind — an intense 3 kilometre hike, with 2,800 feet of elevation and nearly 3,000 steps — and regularly does yoga in his own pairs of DU/ER jeans. He is wearing what looks like a slim or straight fit dark wash denim, today. They are his favourite because they are practical, classic and can be dressed up with a jacket if needed.

What the future holds

Lenett is enjoying the Vancouver pop-up shop so far, because he receives immediate feedback from customers, unlike when his lines are sold through other retailers. In the spring of 2016, his team plans to tour the pop-up shop through Seattle, Portland, San Fransisco, Denver and continue across the U.S. the following fall. They are also considering stops in Calgary, Toronto and Montréal.

For now, Lenett has no plans of pursuing retail on a permanent basis, and will continue supplying other retailers across North America, with the exception of his hopes to one day open a flagship store in Vancouver.