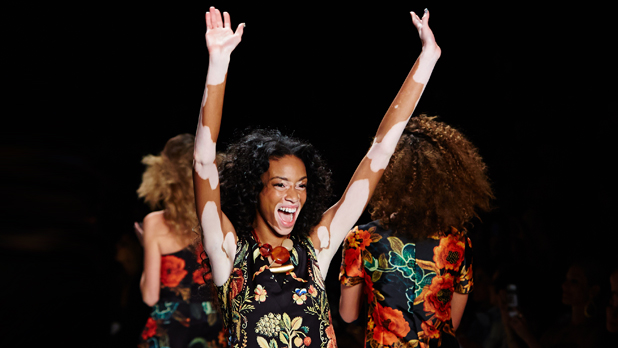 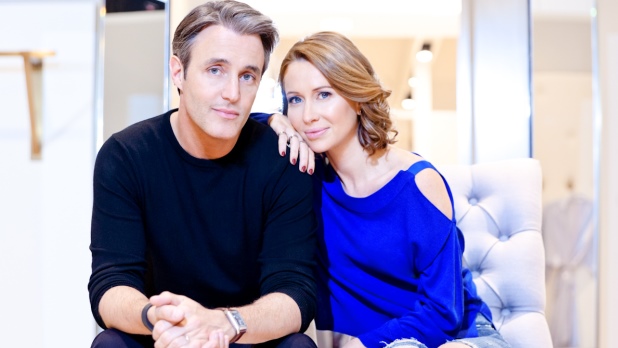 Renowned in Europe for her creative and experimental approach to fashion, Madrid designer Ana Locking recently unveiled her winter 2015 ... 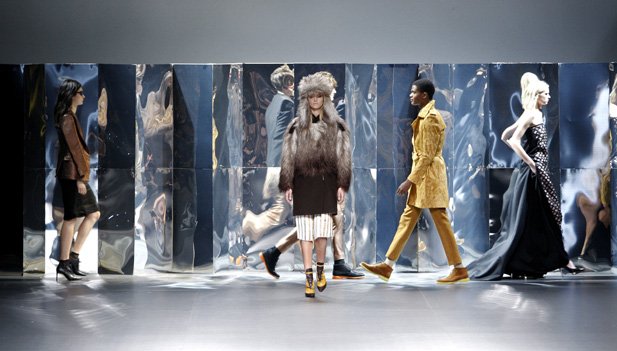 Renowned in Europe for her creative and experimental approach to fashion, Madrid designer Ana Locking recently unveiled her winter 2015 collection.

Themed as the “Doppelgänger”, Locking viewed the collection and its theme as the phenomenon of “bilocation”, whereby a person can be at two different places at the same time. As described in the press notes of the show, she also considered this word as an aspect of people who not only want to be like the people they envy, but who even steal their identities and personalities in order to live that life as if it were true, and embellish and eliminate the mediocrity of their own.

“I am impressed and terrified at the same time thinking that, in the midst of a creative process, we are moving between reality and madness, driven by an obsession with total immersion, the lack of an objective reality and an intense dedication,” said Locking. “This might be the only key I can understand when it comes time to face my collections and the concepts I try to symbolize. Perhaps that process is in itself a real attempt at doppelgänger.”

The focus of the line for women was on straight and strict silhouettes with midi skirts below the knees, as well as cocktail attire.

Colourful synthetic fur coats were mixed with military jackets and cocktail outfits for women, or traditional tailored suits for men.

By FAJO's editorial team
Photography by / courtesy of Ana Locking