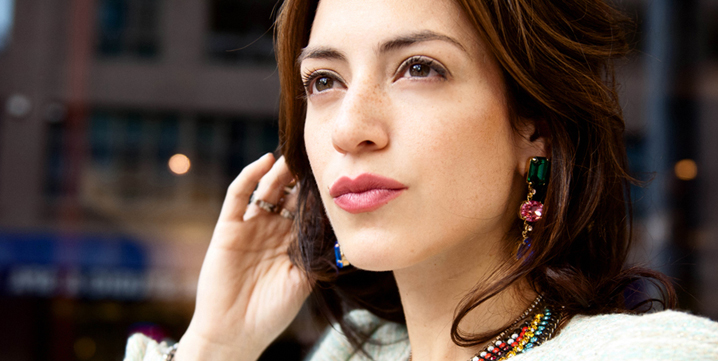 By Julia Eskins Photography by Aleyah Solomon Tyler Hilton is surrounded by screaming fans. Behind the bobbing bouffants, a camera crew films ... 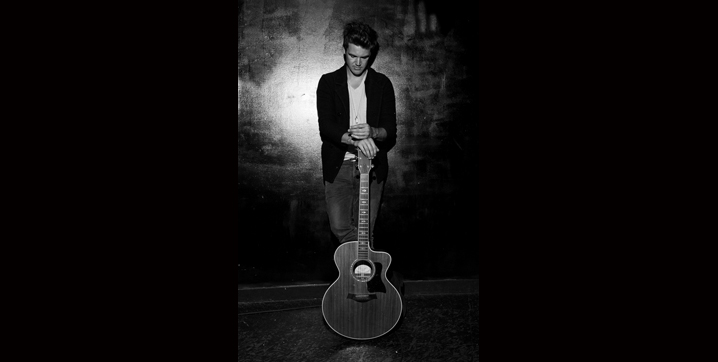 Tyler Hilton is surrounded by screaming fans. Behind the bobbing bouffants, a camera crew films his breakthrough performance as Elvis in the Academy Award-winning film Walk the Line. He’s playing his idol, but at this moment, Hilton could not be more true to himself.

Fast-forward seven years and you’ll find a few things that have stayed the same: his magnetism, his voice and, of course, his screaming fans.

Between then and now, the American singer-songwriter has been busy. Along with acting on the hit show One Tree Hill, he’s rediscovered his blues roots, shared the screen with Taylor Swift and, in spring 2012, released the full-length LP Forget the Storm. The California native is now taking it one step further with a tour throughout North America and Europe.

In this Exclusive, FAJO catches up with Hilton before his concert at the Annex WreckRoom in Toronto, between sound check and his pre-show stretch. 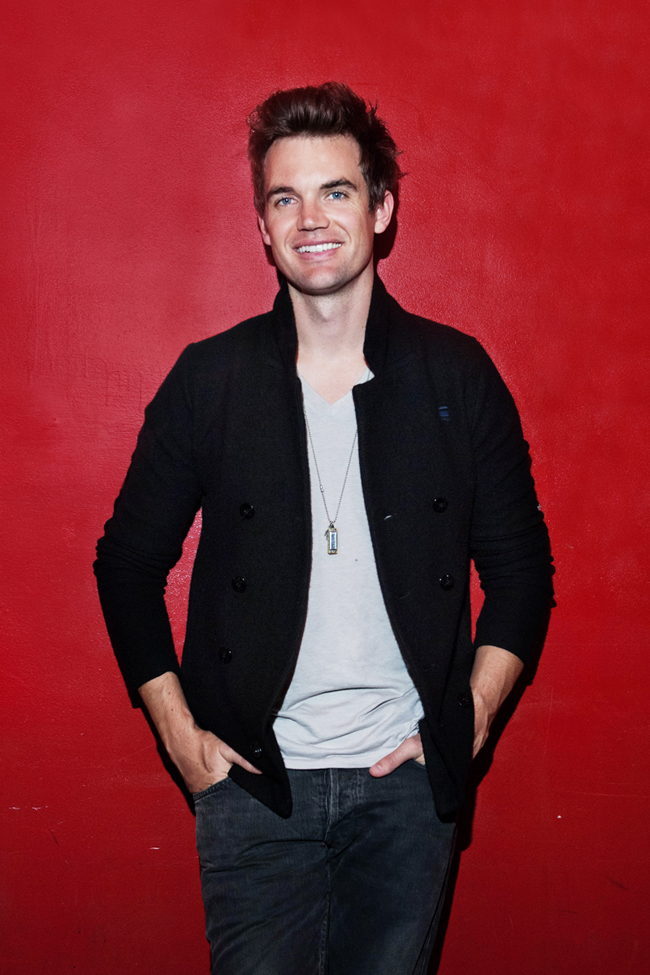 JULIA ESKINS: How is this tour going so far?

TYLER HILTON: I’m very proud of it. We’ve done some really great things this year. I started my own record label and we did it all on our own. It’s really cool to me, because I have freedom and every step of the way is new. Tonight, it’s almost sold out. It blows my mind!

This album is a bit more rock ‘n’ roll than your previous work. What made you decide to alter your sound?

I changed a lot throughout this record, but part of that change was rediscovering why I got into music at age 15. A few years ago, I left my label and was feeling dark about the music business – I didn’t know what I was going to do next. I was reading Keith Richards’ biography and it reminded me of how I started off as a blues fan when I was a kid. I wanted to go back to that.

I got residency at a little club in L.A., got my friends together and said, ‘Let’s just get a little toasty every night, drink a little bit too much and play blues songs and Rolling Stones’ covers – let’s just have fun.’ And we did it. Everyone was so charged. I felt like the glow was coming back and I was loving it again. So, I thought, ‘Why don’t we just do a record like this?’ 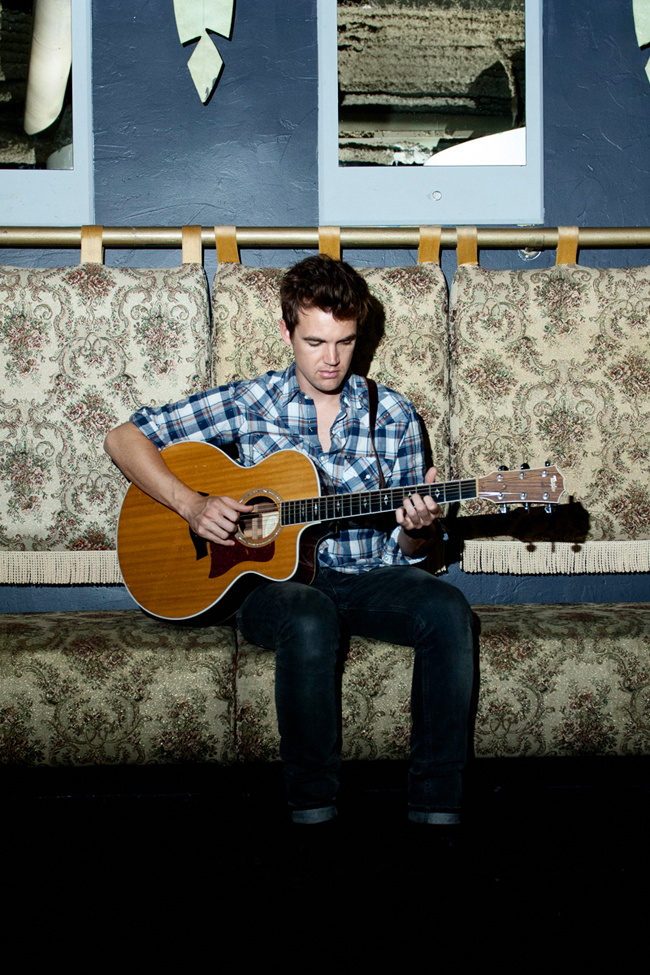 Hilton says that one of the most exciting roles he has had to date was playing Elvis in Walk The Line.

Some of the first songs you learned were by Elvis and then you ended up playing him in Walk the Line. How did it feel when you were on stage for the role?

It was one of the craziest moments of my life. It was weird because he was always my idol. There’s one scene in Walk the Line where Elvis is playing a big performance and girls are going nuts. So, I’m singing, everyone’s dressed in 50s poodle skirts and I’m dressed like Elvis. It blew my mind. For a brief moment, I knew how exciting it must have felt for a 19-year-old kid.

Have you experienced any crazy fans on your tour?

It’s not a Justin-Bieber-thing where it’s consistent, but every once in awhile, it will be so overwhelming that I’ll think, ‘Wow, this is really out of control!’ [laughs] It’s exciting, but it doesn’t happen often enough for me to take it for granted.

What are your must-have clothing items and style essentials when packing light on the road?

I try to keep it really simple. It’s just the way I am. I usually bring one or two pairs of jeans, the same boots and just the shirts change… I love plaid shirts. I don’t know how people like The Killers or Jack White travel – they must have huge wardrobes because they have elaborate suits.

Glasses are a big thing for me. Ray-Ban and Oakley sponsor me, and they always send me all of their new stuff. 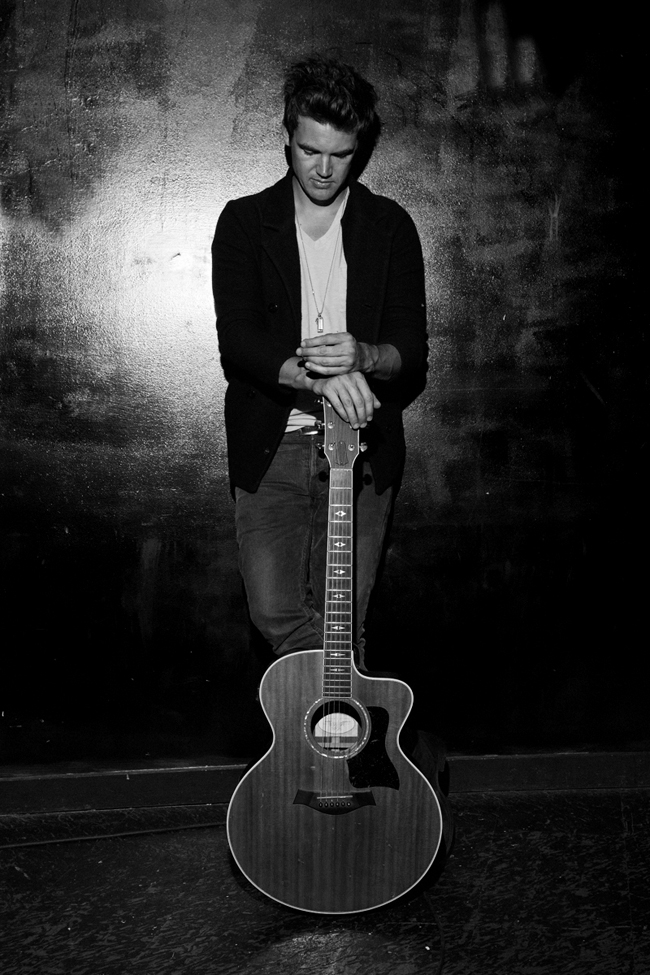 The singer is currently on a tour that includes Toronto, Ottawa and Montréal.

Do you have a showstopper piece that you sometimes wear?

Every once in a while, when it’s a show that means a lot to me, I feel like I just have to wear a suit coat. I played the Apollo Hammersmith in London – it’s this big, beautiful ornate theatre. There’s nothing rock’n’roll about it, but for shows like that, it’s just me, a guitar, a suit coat and a theatre.

How would you describe your style in one word?

You posted a cover of Kings of Leon’s ‘Use Somebody’ on YouTube. How do you use social media to engage new fans?

I just found out the coolest thing about that video! Someone sent me an interview that Kings of Leon did, where they were asked: ‘Has anyone done any covers of your songs that you liked?’ They said, ‘No, everyone covers our songs and they’re all s****y.’ But the one guy goes, ‘Actually, there’s this one cover that this guy Tyler Hilton did. It’s on YouTube and we all really loved it.’ It was literally a step or two below playing Elvis in Walk the Line. I still have that saved on my desktop. Most of the promotion I do is through social media. It used to be making a mixtape, now it’s sending links to your friends.

You were on One Tree Hill and then you returned in the ninth season. What was is like reprising your role?

It felt like going back to visit your high school after you’ve graduated. It was weird seeing the crew again. We’re totally different people. This season, we had a book club on set, we had dinner and wine nights. Everyone’s really close, but more mature. And this time, we never got hung over! [laughs]

What’s next for Tyler Hilton?

Next year, I’m going to focus on acting and writing more songs, and start thinking about doing another record. I have to keep it fresh because I get bored easily… I keep changing, but then I also keep being honest with myself about who I am. The last thing I want to do is chase something down just for the sake of playing a game or following a genre. I’m not good at faking a smile on stage. I can act, but I can only do things that genuinely excite me.

A photoshoot with Tyler Hilton