By Katia Ostapets Photography by Kalynn Friesen A renowned fashion illustrator and painter, Frederick Watson sat down with FAJO Magazine for an ... 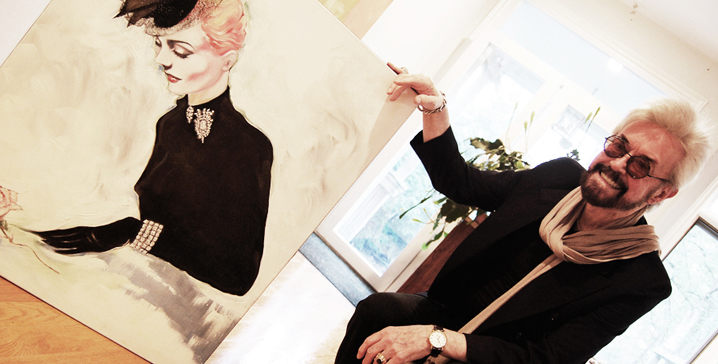 A renowned fashion illustrator and painter, Frederick Watson sat down with FAJO Magazine for an Exclusive interview in early May, to regale us with his tales of fashion, art and an incredible career. Watson is known for his depictions of the silver-screen siren, the femme fatale who haunts his imagination. With countless exhibitions and features under his belt, he is a true champion of the sometimes forgotten art of fashion illustration. 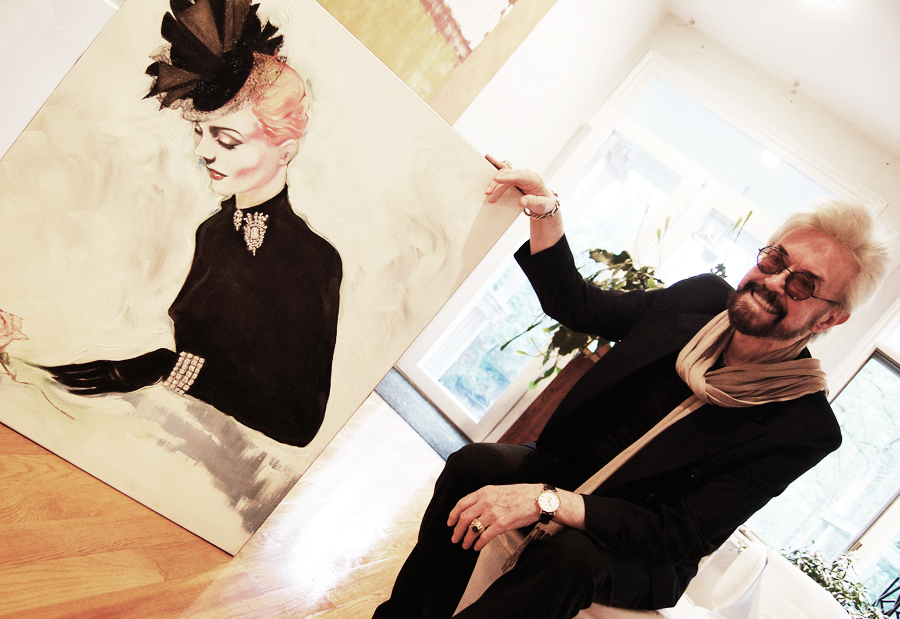 KATIA OSTAPETS: Can you tell us a bit about your background?

FREDERICK WATSON: I came from Barrie and my father had a stable of six riding horses. I was a farm boy: we’d get a new horse and I would ride it down the hill bareback. Before becoming an illustrator, I worked at Simpsons down on Queen West for five years. Then I did acting for a while. Once, I walked out of the theatre with the make-up on and got hell from the director. I didn’t want to take that pressure anymore, so I went into tap dancing for the Fred Astaire Company in Toronto. Eventually, I went back to fashion drawing because that’s what I really loved.

How did your fashion illustration career begin? Was there a specific incident that influenced it?

Jean Miller was a fashion illustrator for Simpsons. She was one of those ladies who wore furs and the big hats, and she always had a cocktail in her hand. She was high fashion! I worked in the coat check at Simpsons when I was 20 years old. One day, she left her folio behind; I looked through it and went crazy! I thought: “This is what I want to do!” And Jean said to me, “Fred, don’t get into this business, it’s terrible!”

Shortly afterwards, I did an ad for Simpsons. Jean Miller finally led me to the directors there. I drew mice for their Christmas ad – that was my first project.

How did your parents feel about you career choice?

My dad was in the air force; he was a pilot and we never really connected. My mother was easy going, “everything is wonderful” kind of person, but she never really understood high fashion. She wore hats with cherries on top. Maybe that’s where my fascination comes from. 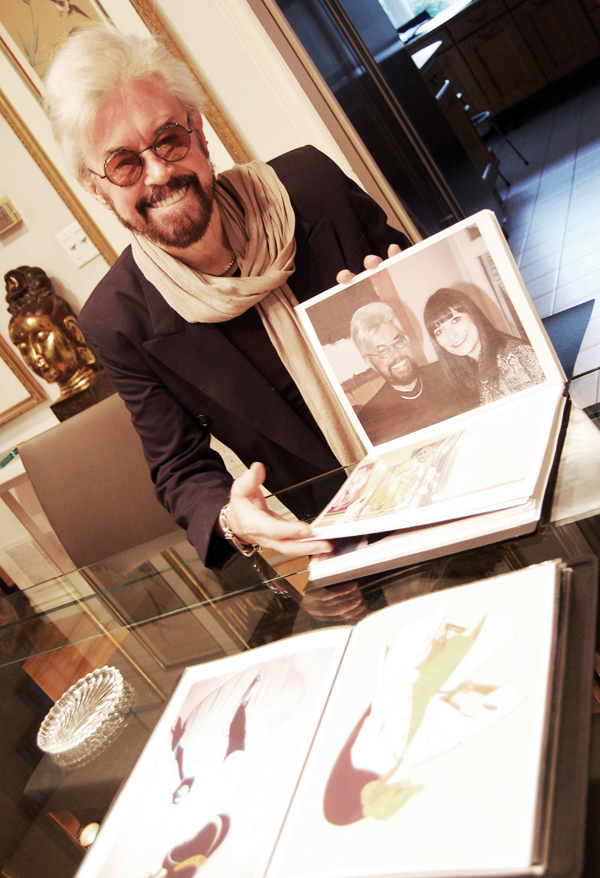 Watson's portfolio is diverse and includes work with many celebrities, such as Jeanne Beker.

Where does your fascination with these women come from?

I wish I knew. We were in New York on Madison Avenue on a bus once and I saw a woman walking down the street; she was unbelievable! She was dressed in black, had a diamond brooch, high heels and a cane or an umbrella. She was also wearing fur of some type. I got off the bus immediately! I had to see her up close. I couldn’t believe it – she was like something I would paint. I mean class, wow. She was something! She must have been an actress. I love women like that, they fascinate the hell out of me; the ones with tons of make-up, furs and leopard skin. They just drive me crazy! (laughs)

Do you usually first paint the woman and dress her afterwards?

Do you do any research about what people used to wear?

All the time! I have thousands of books. I also go through websites and find the old illustrators.

How would one achieve the look of the women you depict in your paintings?

I don’t expect women to dress like that now, in hats and veils. But I think Jeanne Beker is actually pushing that and it’s coming back. I see all these cocktail hats being worn often and they are terrific. 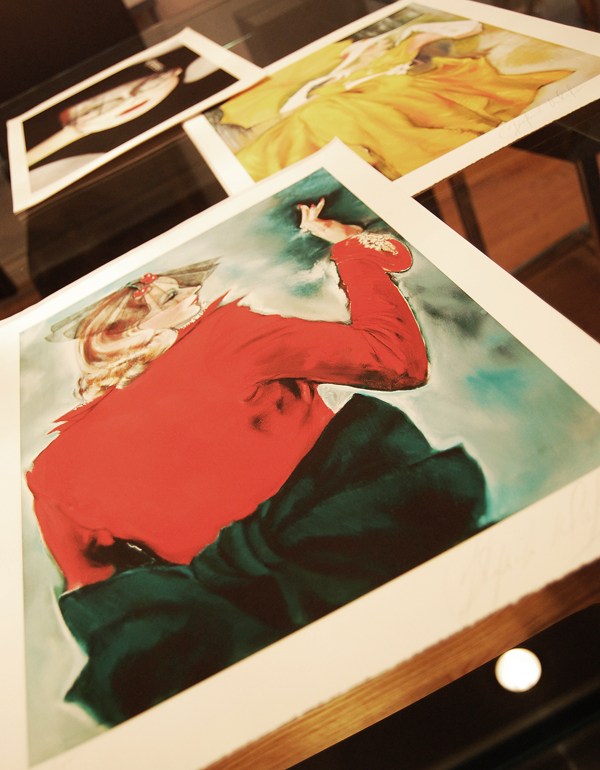 A few of Watson's art works.

What were your most memorable exhibitions?

I thought the Carlu in Toronto was one of the best events, a nice show where I had a few pieces. We were looking for a venue that would be appropriate for my work. Then Sasson Magazine, an annual wedding magazine, invited me to show at their event in 2007. The Carlu is a beautiful art deco venue and complemented my work well. It was a wonderful event.

What do you want to do now?

Just paint, that’s when I feel alive. I really don’t want to illustrate anymore. Everyone is trying to get me to do it though. I don’t want the deadlines anymore or the pressure. I’m 76 years old: I prefer to take my time and enjoy painting.

If you could paint anyone, who would it be?

They are probably all dead! (laughs) Rosalind Russell, if she was alive. She did the Auntie Mame movie. Or Greta Garbo.

What is your own fashion style?

I like to look dapper, but I’m not a dandy. (laughs) My dream would be to go to some affair where I could wear a tuxedo with tails like in the 40s. I have two beautiful tuxedos, but I’ve never worn them. I don’t like too much attention. I’m afraid to overdo it.

What’s your advice for aspiring artists?

It’s hard work! You really have to be born with it. There has to be something inside you… 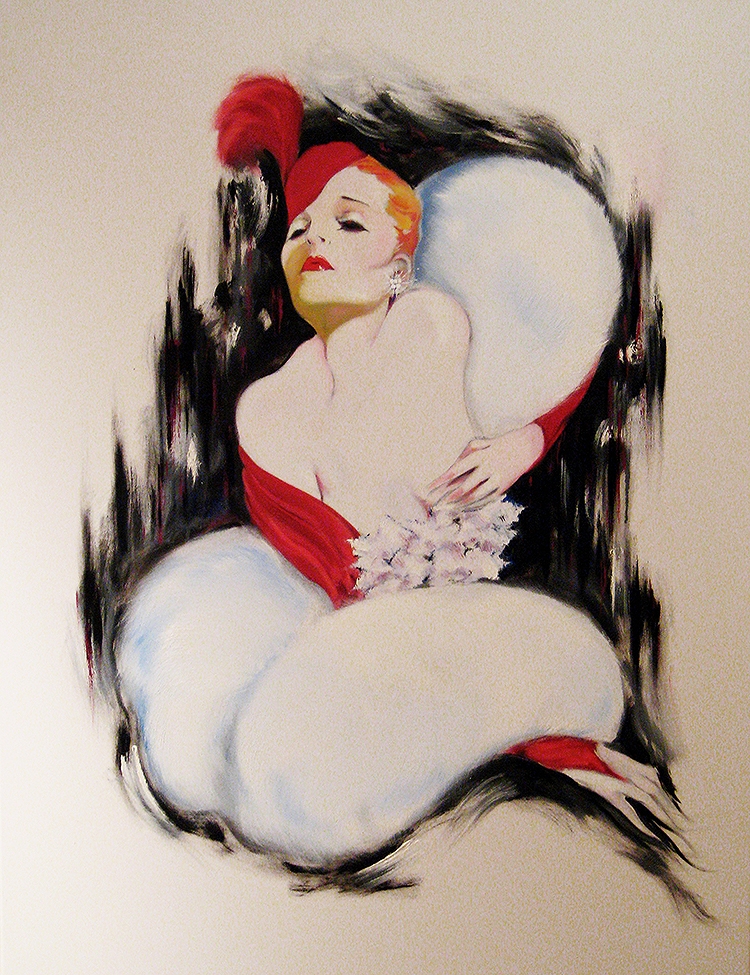 One of Watson's all-time favourite works, titled The Lady in Red. Photo: courtesy of the designer.