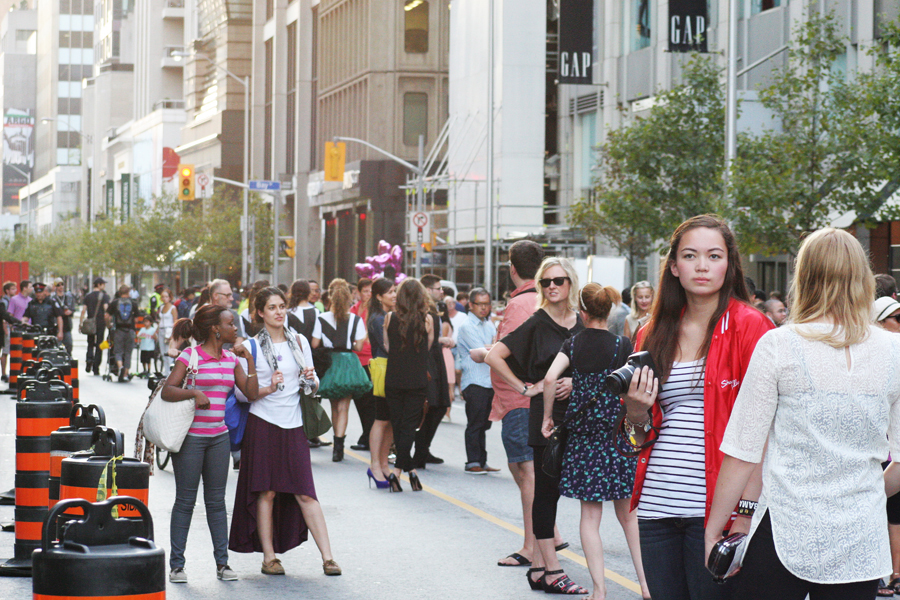 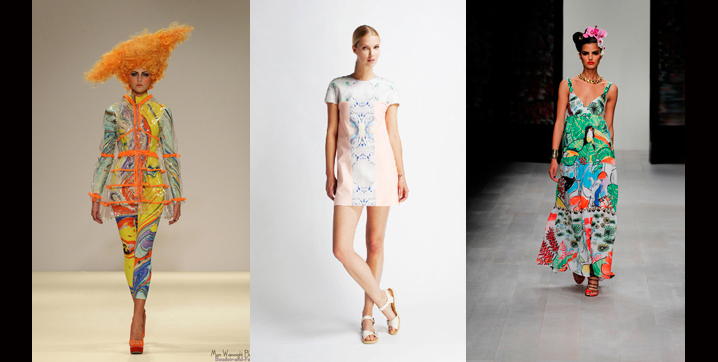 It was a busy season for our London-based columnist, Cristina Boydell. She spent a lot of time at the London Fashion Week, attending many spring/summer 2013 shows. Here is her report, with some of the highlights from LFW this season. 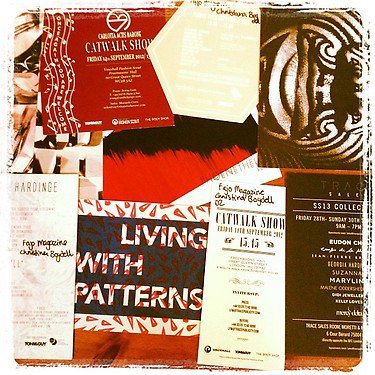 Always a highlight of the London Fashion Week for me, I was looking forward to attending the Issa London show for the second time in a row. Daniella Helayel has become an incredibly well-known London-based designer since dressing Kate Middleton in the now iconic blue dress worn for her royal engagement, and the numerous Issa London duchess-worthy silk wrap dresses that followed.

Beyoncé and Madonna are also big fans of her flattering silk jersey dresses that offer effortless glamour and are made for confident women. For the upcoming spring/summer 2013 season, we saw more of a tropical theme in the colours and breezy fabrics, not to mention the flower head accessories and bronzed tans on the models. I want to add many of the 70s glam silky jumpsuits and maxi dresses seen on the catwalk to my own wardrobe. Now, if only I were a duchess or a pop star to afford the entire collection!

Over the past 11 seasons of LFW, Vauxhall Fashion Scout has been the largest independent showcase to promote new and seasoned designers to a global audience of buyers, media, celebrities, style and fashion leaders. Past designers at this showcase include David Koma and Peter Pilotto. A panel of industry experts, Fashion Scout bring fashion innovation to a global audience through a selection of the most exciting new designers highlighted in runway shows, presentations, exhibitions and film screenings over the course of LFW.

At this year’s graduate showcase, fashion industry leaders, including press and buyers, were invited to meet the graduates and see their top designs up-close-and-personal.

The graduates were hand-picked from a selection of over 300 people whose collections were showcased at Graduate Fashion Week in June. GFW featured student designs from a selection of U.K.’s leading fashion universities, including Central Saint Martins College of Art and Design, Royal College of Art and the London College of Fashion. The finalists chosen to display at the Graduate Showcase during LFW then had the opportunity to feature a curated selection of three looks from their student graduate collection.

The fashion industry is a tough one to get into, especially for aspiring fashion designers, so it was amazing to see such a great initiative being taken on by Vauxhall Fashion Scout. Fashion Scout was sponsored by the London Fashion Showcasing Fund and the Mayor of London!

I also attended the Eley Kishimoto’s Living with Patterns exhibition at The Aram Gallery. It was the opening night of the exhibition, so what better way to host the launch than with a soirée during London Fashion Week? Starting at 6 p.m., an exclusive list of fashion industry insiders – reporters, journalists, bloggers, models and fashion designers – took over the gallery. A DJ played, while champagne was distributed and a bar was set up with beer on tap, all adding to the excitement in the atmosphere. Kishimoto’s work has been seen on many catwalks in collaboration with Louis Vuitton, Marc Jacobs, Alexander McQueen and Alber Elbaz. The gallery was creative and abstract – less fashion and more art – the patterns of the pieces and the way they were displayed were both innovative and mesmerising. I was delighted to be able to preview Kishimoto’s work and soak up the buzzing fashion crowd.

The preview of Jean-Pierre Braganza‘s runway show was held at the Somerset House. Born in London (but raised in Canada), Braganza is a fashion design graduate from the prestigious Central Saint Martins College of Art and Design, and is known for his dark and edgy collections, inspired by the human anatomy. However, his spring/summer 2013 collection, named Phoentheus, used fabrics that were light and perfectly tailored, with modern strikes of eye-catching brush strokes due to the collaboration with Ukrainian artist Zinaida Lihacheva.

Many of his pieces were classic forms with futuristic elements in grey, dark hues and abstract prints. Models wore striking azure blue make-up to give their eyes a pop in contrast to the tailored dark pieces used in the collection. Braganza’s ready-to-wear collection was flattering yet practical, where the aesthetic was designed for the strong everyday women.

The Teatum Jones spring/summer 2013 “From Democracy with Love” presentation was held at The Dorchester in Mayfair, London. Catherine Teatum and Rob Jones both studied fashion design at Ravensbourne College of Design and Communication, and Central Saint Martins College of Art and Design.

Models eloquently moved around the set that was centred in the middle of the room on what looked like a glowing 50s style dance floor. They would gracefully showcase each piece to buyers and press in the audience, before they all took turns to rotate.

The collection is said to be inspired based on a journey through the political and cultural landscape of the early Cold War years, and observes the exchangeable concept of being at once a villain and a hero. There was a mixture of fabrics, which included silks, chiffon and cashmere, as well as asymmetrical and double-pleated dresses and tailored suits. Colours were woven with ice, porcelain and satellite blues, pastel and pistachio mints, fleshy pinks, light gold and silver. The fabrics and colour palettes of choice created pieces that were traditional yet modern, with a touch of futurism in the two-tone metallics. It was an inspirational showcase.